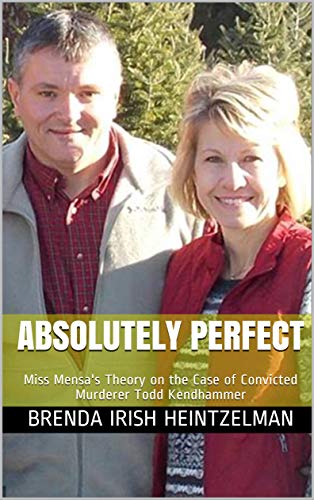 In December of 2017, Todd Kendhammer, of La Crosse, Wisconsin, was convicted of murdering his wife, Barbara Kendhammer, on September 16, 2016. Todd and his wife were married 25 years at the time of her death. By all accounts, including Barbara’s, Todd treated his wife very well. He was not an abuser. In fact, according

In December of 2017, Todd Kendhammer, of La Crosse, Wisconsin, was convicted of murdering his wife, Barbara Kendhammer, on September 16, 2016. Todd and his wife were married 25 years at the time of her death. By all accounts, including Barbara’s, Todd treated his wife very well. He was not an abuser. In fact, according to Todd and Barbara’s closest friends and family members, the Kendhammer marriage was perfect.
But according to the investigators, the prosecutors, and ultimately – the jurors too, Todd was an abuser who lost his temper, brutally beat his wife, then staged the scene to make it appear as if she was the victim of a freak fatal accident.
On March 9, 2018, Kendhammer was sentenced to serve life in prison with the possibility of parole after 30 years. The minimum sentence allowed by law in Wisconsin for Kendhammer’s conviction at the time of his sentencing was life in prison with the eligibility of parole after 20 years.
At his sentencing hearing, Todd and Barbara’s friends and relatives lined up, with one exception, to plead with the court for the minimum sentence for Todd because they DID NOT BELIEVE that Todd was guilty of murdering his wife.
People like to say there’s really no way to know what goes on behind closed doors. But that isn’t true. There are ways to know. In Todd and Barbara’s home, they had plenty of people behind those closed doors with them. They had their adult son who came home from college on the weekends. They had their daughter and son-in-law who came over for dinner every evening while they were remodeling their own home and their kitchen was in shambles during the remodel.
They had close friends and relatives who lived nearby and who would often frequent the Kendhammer home, sometimes daily.
And Barbara’s own mother lived right next door.
They had animals too and friends who would regularly come to the house to help them care for the animals. Barb went to work every day. Todd went to work every day. They worked in the yard. They built furniture. They replaced windshields. They built houses together and sold them.
Barbara was not isolated, disconnected from family and friends, and alone. She was vibrant. She was well-connected to a loving and supportive network of people who loved her dearly. She was not broke, or forced to go without, or lacking for anything.
She was not ridiculed, or verbally abused, or emotionally badgered.
She was treated well.
By her husband.
For 28 years straight – including the day the metal pipe came flying through the windshield.
In my opinion.