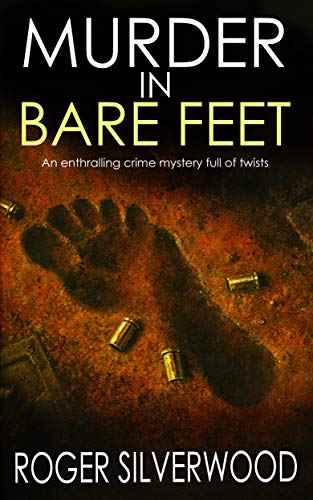 A DETECTIVE WHO’S NO ANGEL DESPITE HIS NAME. Discover a gripping series of murder mysteries set in south Yorkshire. MEET DETECTIVE INSPECTOR MICHAEL ANGEL. AN OLD-SCHOOL POLICEMAN WHO SOMETIMES RUBS HIS COLLEAGUES UP THE WRONG WAY. HE’S GOT HIS FLAWS, BUT HE NEVER GIVES UP ON A CASE. WHY WASN’T THE MURDERER WEARING SHOES? Millionaire

WHY WASN’T THE MURDERER WEARING SHOES?

Millionaire Charles Pleasant is shot dead in a scrapyard. Near the spent handgun shells, there is one crucial clue: a footprint of a bare right foot.

The victim was adored by beautiful women and particularly the Frazer sisters, who put sparkle into his life and showed him how to spend his money.

WHO KILLED THE PLAYBOY MILLIONAIRE?

An antiques dealer and his son are the prime suspects, but they have rock-solid alibis.

At the same time, Angel has to investigate a flood and a scandal at the Great Northern Bank, which let a gang of robbers escape with millions of pounds.

This is a tough case for Angel and he will need all his deductive genius to solve it.

“A cast of characters you really want to populate with familiar faces of actors you see each week on TV — great fun. Angel is terrific.” Books Monthly