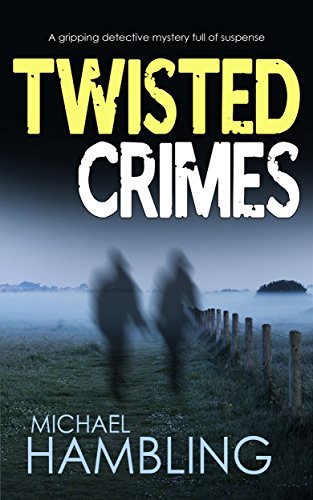 A COUPLE IS FOUND DEAD IN THEIR CAR ON A REMOTE NATURE RESERVE. WHAT DID THEY KNOW THAT WOULD MAKE SOMEONE KILL TO KEEP THEM SILENT? Full of twists and turns, this crime thriller will keep you turning the pages until the stunning conclusion. Sylvia and Ted Armitage, a retired couple, attend the wrong funeral

A COUPLE IS FOUND DEAD IN THEIR CAR ON A REMOTE NATURE RESERVE. WHAT DID THEY KNOW THAT WOULD MAKE SOMEONE KILL TO KEEP THEM SILENT?

Full of twists and turns, this crime thriller will keep you turning the pages until the stunning conclusion.

Sylvia and Ted Armitage, a retired couple, attend the wrong funeral service by mistake. A month later their daughter returns from holiday to find them missing.The police make little headway in tracing their whereabouts until their bodies are found in their car, abandoned in the middle of a copse in a tranquil nature reserve. They appear to have committed suicide, but some of the forensic evidence suggests otherwise. The police slowly make progress and find several links to a shady organisation that owns a string of bars, clubs and cafes.

When another body is found in the same area, DCI Sophie Allen must use all her investigative skills to unravel the connections between these very different victims. Some of the suspects are involved in shady deals and corruption, others are masking dark family secrets. Sophie is joined by two new police officers, Rose Simons and George Warrander, who will transform her team.

If you like Angela Marsons, Rachel Abbott, Colin Dexter, Ruth Rendell, or Mark Billingham you will be gripped by this exciting new crime fiction writer.

THE DETECTIVES
DCI Sophie Allen is Dorset’s acknowledged expert on murder and violent crime. She is 42 as the series starts, and lives with her husband and younger daughter in Wareham. Her elder daughter is studying in London. Sophie has a law degree and a master’s in criminal psychology. Her brilliant mind conceals some dark secrets from her past.

THE SETTING
Dorset. A beautiful English county which includes a stunning section of the coastline, but whose beauty belies darkness beneath the surface.

Book 1: DARK CRIMES
A young woman’s body is discovered on a deserted footpath in a Dorset seaside town late on a cold November night. She has been stabbed through the heart.

Book 2: DEADLY CRIMES
A young man’s mutilated body is found on top of the Agglestone, a local landmark on Studland Heath.

Book 3: SECRET CRIMES
The body of an attractive festival-goer is discovered on the rocky shoreline at Peveril Point.

Book 4: BURIED CRIMES
Devastating family secrets from the past. Sisters with a murderous rivalry . . .

Genre busting further cracking read This additional, long awaited new novel is once again, a very very good book with a solid tale in which the reader can speculate almost as freely as the characters. The downgrade of the transgender character is noted with some amusement. Commercial pressure perhaps? I only spotted one or two proof reading errors which are proving very difficult to report as my Kindle doesn’t use page numbers and the percentages cover several pages. The novel is equally standalone as the previous titles. One…

Who’d have thought going to a funeral could’ve been so dangerous! I wouldn’t exactly call this book ‘gripping’, but it did get fairly tense in some p!aces.An elderly couple attending a funeral, inadvertently find themselves at the wrong service. When their daughter can’t get in contact with them she calls the police. What starts as a missing persons case eventually ends up turning into a murder investigation, as their bodies are found in their car on Dorset moorland a few days later. Cue for DCI Sophie Martin and her team to take over. The involvement…

“Top notch police procedural” Once again Sophie Allen and her team strike gold. The settings don’t change much in this series but the personnel do. I like the way that characters from previous stories are recalled to assist in the latest murder case. It keeps things fresh and opens up loads of opportunities for development across a long-running series. More of the same, please.